This was a new venture for us suggested by one of our volunteers, and brought into life with funding awards from Aberdeen University Raising and Giving Campaign and also the Youth Philanthropy Initiative. It was held at Cafe Coast, which is a super venue for such an event, with a bright and airy room for both presentations and workshops.

The day began with a Mindfulness session where Louise Martin introduced the concept and led us through some exercises to focus our thoughts. The key is to accept that the mind will wander, but that you can bring it back to focus at any time.

After a short coffee break Morgan Windram introduced us to yoga and some exercises which could be done at any level. The focus was again on breathing which followed on from our Mindfulness session. The stretches were easily adaptable and felt very good. By this point we were all feeling totally relaxed and enjoyed a light lunch and chat with the speakers and also the 5 therapists who were joining us for the afternoon.

Alongside these treatments were two taster sessions of Movement as Therapy, which was a new concept to us all. Eveline Nicolette gave us all a short introduction to the concept and then we experienced it for ourselves. The workshop was called The Feel Good Factor, and I definitely think it gave us exactly that, judging by the smiles at the end of the day!

The event has been hailed a great success and we hope to make them a regular event if we can secure sufficient funding. The next one is already booked for Saturday 22nd October 2016, so get the date in your diary.

The main presenter will be Francine Dulong from BodyGossip, a charity who take workshops on body image round schools and universities. We are also hoping to have a session on music as therapy and our complimentary therapies available once more. Watch this website for more details!

Many thanks to all involved for an extremely refreshing, informative and most importantly, fun day!
Apologies for only three photos…. too busy chilling out…….!!

Settling in for an introduction to yoga

The session was pitched well for all levels, floor based and chair based.

Finlay decided just to spectate! He’ll maybe do it next time! 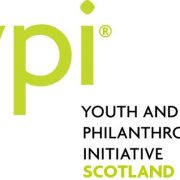 Another win in schools’ YPI competition

Aberdeen meetings are held at The Macrobin Centre (Royal Cornhill Hospital). Feel free to book a place through our Administrator if you'd like to come along.

Bridging The Gap, Dundee Group, 2022 meeting dates are to be confirmed.